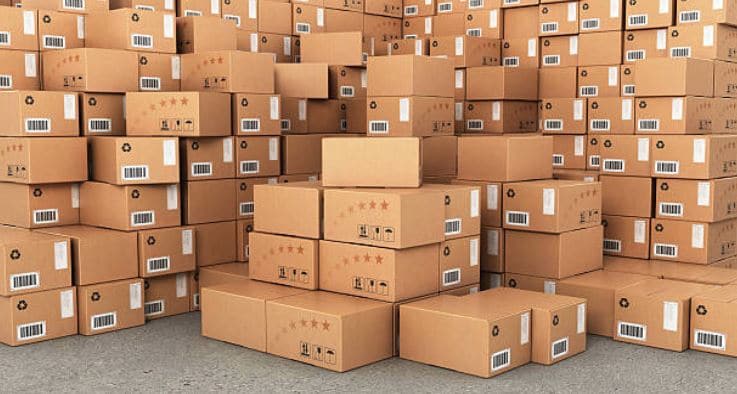 Do you remember the days when shopping, no matter what you were shopping for, meant going to the store?

Whether it was for groceries, clothes, or anything else, shopping used to require driving and going into a storefront.

Nowadays, there are alternative ways to shop. While you can still shop in-store, a large number of people shop online instead.

In fact, nearly 1.92 billion people were online shoppers by the end of 2019. By the year 2021, it is estimated that almost 2.14 billion people will be shopping online. That’s almost 30 percent of the entire world population!

Of the three, you’ve most likely used (or at least heard of) Amazon. With great prices, an easy shopping experience, and guaranteed expedited shipping that comes free with Amazon Prime, online shopping has never been more attractive.

With the boom of the eCommerce industry, courier (package shipping and delivery) services are in high demand. After all, e-commerce packages need a way to make it to their destination once they’ve been purchased online.

As you can imagine, there are tons of packages being delivered every day. In fact, USPS processes 20.2 million pieces of mail every single hour!

But, what do the stats say about a year?

To get a clear picture of just how much the eCommerce and courier industries have expanded, we’re going to look at some of the industry trends.

To start, let’s take a look at just how many packages are shipped and delivered each year… in the U.S., in Europe, and in the world.

On a worldwide scale, the parcel courier delivery industry continues to grow at an exponential rate.

This growth, of course, follows the continuing expansion of the eCommerce industry, with more and more people deciding to purchase online instead of in-store.

In fact, the eCommerce industry is growing by approximately 9.8 percent each year.

According to research performed by Pitney Bowes, the global volume for parcel delivery reached nearly 87 billion. This is a massive increase of 10.8 percent from 2017 and 104 percent compared to the year 2014.

When it comes to the volume of packages delivered each year, China comes out on top with approximately 51 billion packages shipped in 2018.

The United States, on the other hand, saw approximately 13 billion packages shipped in the same year.

According to the same report by Pitney Bowes, the figure for the total number of packages delivered each year is expected to more than double over the next few years and expected to reach nearly 200 billion packages annually by 2025. By the end of this year alone, the report suggests that the global package delivery number will be well over the 100 billion mark.

Even in countries with unstable economies, such as Brazil, still see considerable increases in package delivery volume. Let’s take a look at statistics by country.

Brazil continues to see a sizable increase in package delivery volume, regardless of economic conditions.

In 2018, 738 million parcels were delivered. This was a 25 percent increase compared to the previous year.

The rise in the total number of packages delivered in Brazil is being fueled by both an increase in online shopping and a growing trend of buying products using a mobile device.

One of Canada’s largest parcel delivery services, Canada Post, delivered 296 million packages in 2018 alone, according to a report published on Statista.

In 2018, France saw about 1.3 billion packages being delivered. In the same year, Germany had 3.5 billion, Italy had 865 million, Norway had 61 million, and Sweden had 127 million. The UK managed to generate about $15 billion in revenue.

With an average yearly growth of a little over 10 percent, Australia’s courier industry is indeed on the rise. In 2018, there were 864 million parcels delivered.

Unlike the other markets, Japan’s package delivery numbers actually decreased by 2 percent in 2018. Still, the country had 9 billion packages delivered that year and saw an increase in revenue by about 13 percent.

No matter what region of the world we look at, more and more packages are being delivered every single year.

This growth of package delivery services is fueled by the massive and rapid growth in the eCommerce industry, as well as continued advancements in technology and each country’s online infrastructure.

Buying online has become the go-to form of shopping for many people. It is quick, fast, and mobile-friendly, allowing you to shop from your cell phone on the go. This aligns with today’s ever-busy society, where people are always looking to get more things done in a shorter period of time.

On a global scale, the number of packages delivered each year is expected to climb to 200 billion by the year 2025. China currently leads in the total yearly volume of delivered packages, accounting for about half of the entire world’s yearly numbers. Countries such as the United States, Japan, and Europe make up a large part of the rest of the yearly total.

As technology becomes more readily available to smaller countries and as economies improve, we can only expect to see the annual number of packages delivered worldwide grow exponentially.